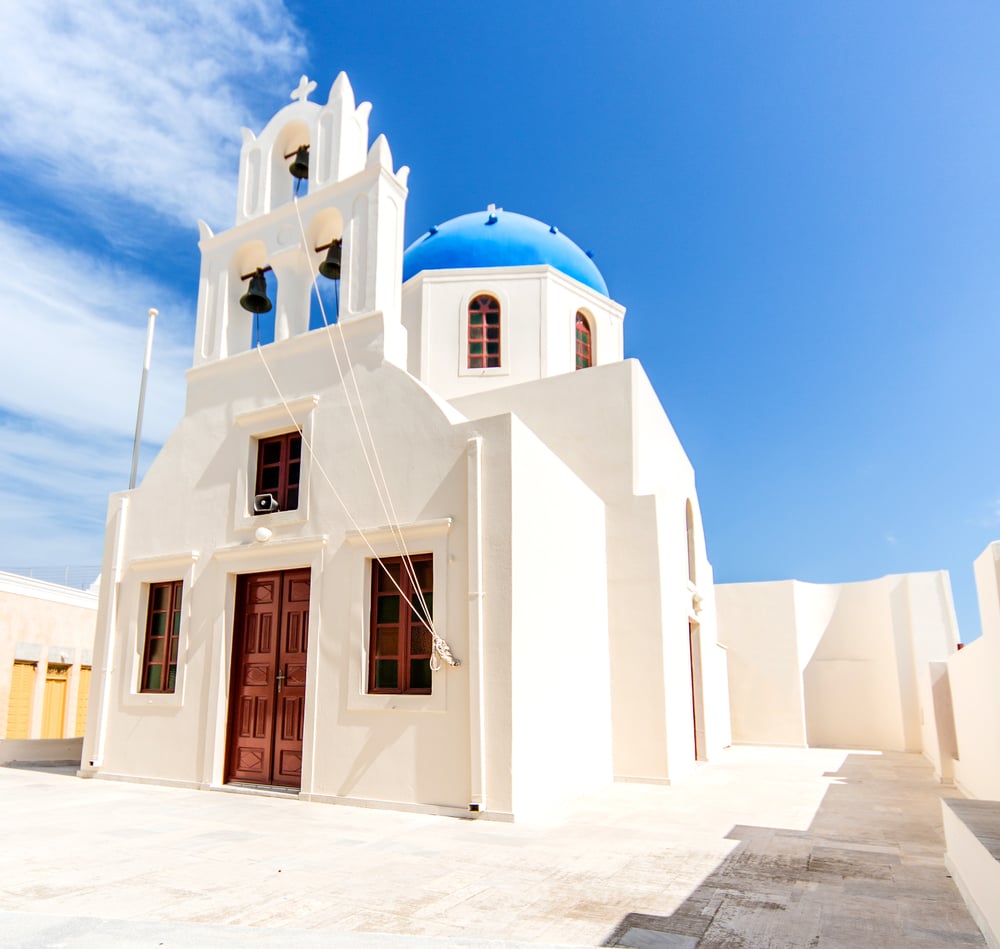 Are you dreaming of doing an Erasmus+ or Turing Scheme internship in the South of Europe? Perhaps you don't know exactly where to go yet! After reading this blog article, Greece will definitely be on your shortlist. Close your eyes and answer the following question, what do you think of first, when you hear the word Greece? The glittering blue sea? The delicious Greek food? Or Greek mythology with stories of great heroes, and the breathtaking architecture, or do you think of the great Greek philosophers such as Socrates, Plato, and Aristotle? Greece is an incredibly multifaceted country and has a lot to offer!

Let’s start with a few brief facts. Greece is a country in South-Eastern Europe, on the Mediterranean. Greek territory borders Albania, North Macedonia, Bulgaria, and Turkey. The capital of the country is Athens. Other important major cities are Thessaloniki, Patras, Heraklion, and Piraeus.

Let’s start with Athens. Why the largest city in the country acts like a big magnet for tourists is no wonder: there are numerous historical sites in Athens! They amaze visitors, tell the stories from ancient times to the present day and take you on a journey through time. So you could follow in the footsteps of Socrates and Plato and immerse yourself in worlds gone by.

At the top of the list of attractions in Athens you’ll find the Acropolis and the Parthenon, the landmark of Athens. The Acropolis in Athens is probably the most famous architecture of the city fortresses of ancient Greece. The Athenian Acropolis, with its remarkable buildings, is often simply called "the Acropolis". The Parthenon is the temple for the city Goddess Pallas Athena Parthenos, on the Athens Acropolis. It was built in gratitude for the rescue of the Athenians and Greeks by the Goddess after the last Persian War as a Doric periptery. The Parthenon is one of the most famous monuments still in existence from ancient Greece and one of the most famous buildings in the world. The building has dominated the Athens Acropolis as a central building for almost 2,500 years.

So if you choose Athens for your Erasmus + or Turing Scheme internship, you will certainly have lots of brilliant trips to make during your free time!

With 325,182 inhabitants, Thessaloniki is the second largest city in Greece, capital of the administrative region of Central Macedonia and the economic and cultural centre of the entire Greek region of Macedonia. Thessaloniki is a bit cheaper in cost of living than Athens but also has a lot to offer and is ideal for your Erasmus+ or Turing Scheme internship. Thessaloniki also offers many museums, and since Thessaloniki is a Byzantine city, there are lots of churches that almost disappear among the other buildings on the street because they seem so inconspicuous. Also worth seeing is the ancient city wall located on a hill in the district of Ano Poli.

Don’t miss out on the amazing Greek cuisine, because it is very multifaceted just like the country. The original Greek cuisine is composed of lots of vegetables and only a few meat dishes. In fact, meat is consumed by older Greeks on special occasions, such as Easter. The main components of Greek cuisine are different appetizers, the so-called meze. Usually everything is ordered at once and served as "Greek meze" which is highly recommended if you eat with several people, because you get to taste lots of different things. Greek dishes are often served lukewarm. A strong or exaggerated seasoning is unusual. This was already the case in ancient times and is still true today when it comes to Greek cuisine. The most famous dishes are Gyros and Souvlaki, which are also served everywhere. Moussaka, for example, is a layered dish made from aubergine, which should definitely be tried! The food is very reasonably priced in the typical Greek taverns.

Let's Talk About the Language!

Perhaps people are a little afraid of working in a country where a completely different language is spoken, but in Greece you can communicate very well with people in English. Many of the older people speak no (or hardly any) English though. If you want to learn something Greek that goes beyond Kalimera (good day) and Kalinichta (good night), there is of course always the possibility of attending a Greek course on site.

Let's Talk About Your Internship Abroad in Greece!

We are able to organise your Erasmus+ and Turing Scheme internship in any field and destination you want. It does not have to be Greece, but maybe it will be? Just get in touch with us and an expert from the TravelEdventures’ team will contact you.

For more information about Erasmus+ funding, read our Definitive Guide for Erasmus+ Funding Applicants. The Erasmus+ Handbook will assist you with everything regarding project management and execution.

Read more on our blog about:

Looking for a unique destination for your Erasmus+ or Turing Scheme stay? It might be easier than...

The Most Popular Erasmus+ and Turing City in France

For many, France is a country where dreams come true. The charm and unique ambience in this...

Europe’s top Erasmus+ and Turing Scheme destinations are facing a "crisis" due to rising cost of...